Mizuki Shigeru Road is 800m street starting from JR Sakaiminato station. Mizuki Shigeru is one of famous Japanese cartoonists and produced many pieces of work based on “Yokai”(Japanese monsters) including the famous “Ge Ge Ge no Kitaro”. Sakaiminato is his hometown, therefore wide variety of Yokai related things are shown there. The most attractive one is 177 Yokai bronze statues along the street. Anyone can see and touch them, and take photos. There are also many souvenir shops and restaurants for tourists. Mizuki Shigeru Museum is also enjoyable spot. Visitors can learn more about Yokai there.
Mizuki Shigeru Road was just renovated in July 2018. There are several improvements for visitor’s enjoynment and safety. Especially at night, illumination contributes atmosphere of Yokai world. Hope you enjoy such an extraordinary experience!

Sakai Fishing Port in Sakaiminato City is one of top class fishery base in Japan. The crabs caught in Sakai Port, such as red snow crabs and snow crabs, make up the largest percentage of all the crabs hauled in Japan.
Sakai Port is also the number one distributor of northern bluefin tuna in Japan. The goods made from this “black tuna”, as well as the showcasing of its public auctions, are very popular and is even considered a tourist attraction. You can purchase locally caught seafood for a reasonable price at any of the three fish markets in Sakaiminato such as (1)Sakaiminato Suisanbutsu Chokubai Center, (2)Tairyo Ichiba Nakaura and (3)Sakaiminato Sakana Center. 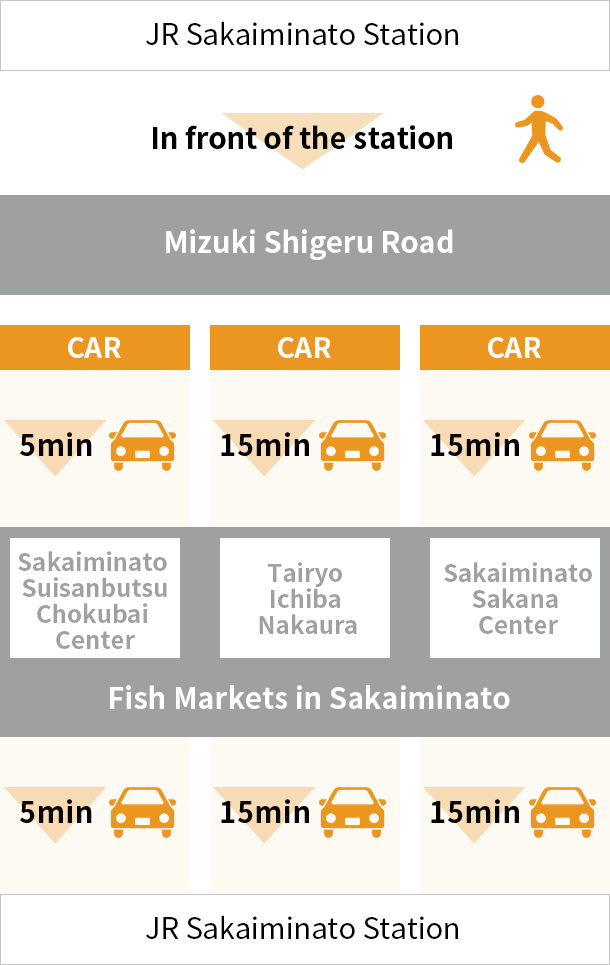