The sacred place of Kannon, the god of mercy, and the only temple for driving away evil located in the San-In area.
The temple is said to have been constructed about 1400 years ago.
The main residence of the chief priest, Renjou-in, and the three-storied pagoda coming into view when going up the approach is the symbols of the temple.
Tourists are entertained by splendid views of cherry blossoms in spring, and especially colored leaves of superb crimson and cardinal red in autumn.
Traditional vegetarian cuisine (Shojin Ryori) with no fish or meat served at the inns on the premises of the temple is well received by many tourists.

Adachi Museum of Art is an art museum established based on works of art collected by businessman Zenko Adachi from Shimane prefecture, where the museum is located. It is called “Taikan Art Museum” that there are multitude pieces of masterpieces of Yokoyama Taikan representing modern Japanese paintings. Elected by American Japanese Garden Specialty Magazine, Adachi Museum Garden which is called the best garden in Japan has been ranked at Japan number one for 15 consecutive years. In addition, it is listed as the highest rating three-star in the Michelin Green Guide Japan. 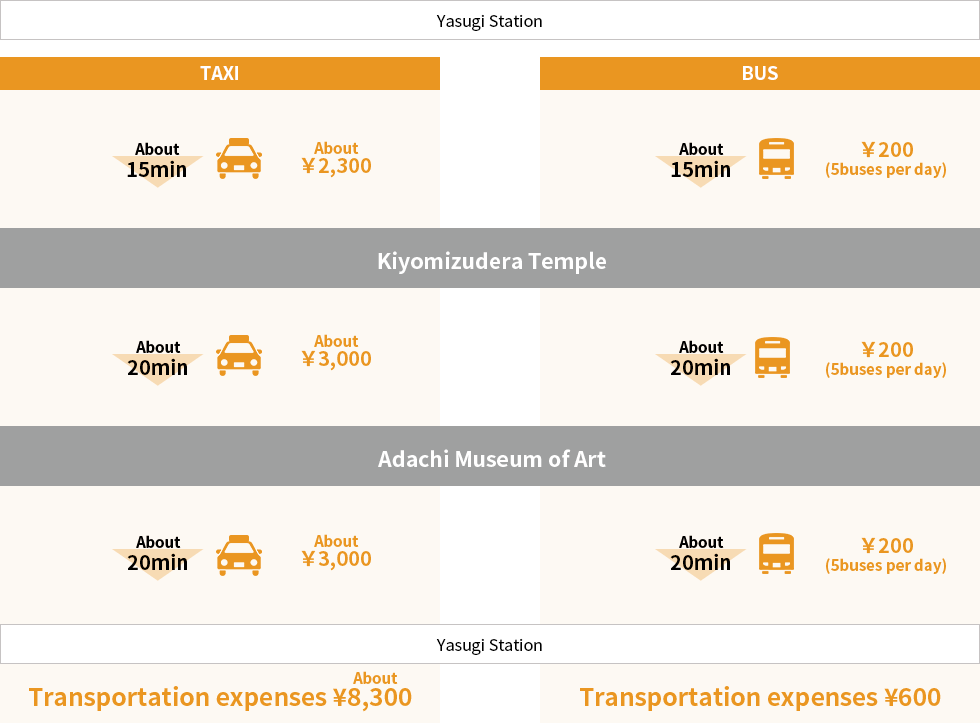